The writer of your favorite novels... 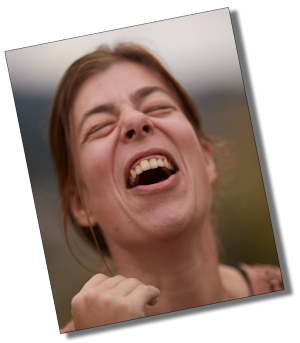 Growing up in the Netherlands, my library card was one of my most prized possessions. I read pretty much any book I could get my hands on. Absolute life changers were the novels of great writers such as Anne Rice and Stephen King. They introduced me to the notion that there’s an entire world beyond what we could see. I blame all of those works for sending my imagination into overdrive; Nothing was impossible anymore, and it became my escape from reality. Characters born in dreams, be it in my bed or staring into nothingness—when I probably should have paid more attention in math classes; Short flashes at first, but over the years they developed into full-fleshed characters, with backstories and personalities.

Soon enough the books I was reading were no longer enough. I needed more. Then came the internet. (Yes, I’m that old) A whole new world opened for me when I discovered fan fiction; I could change the stories I liked, add to them, alter them any way I saw fit. That was when I first started writing. Fantasizing was no longer enough and the liberating feeling of putting them to paper was enough to keep me writing. Dozens of short stories poured out of me. Spurred on by hundreds of positive reactions, I kept writing and writing. Writing fan fiction was nice, sometimes I still indulge in it, but I never forgot my original characters.

I filled dozens of notebooks with stories around them, but to write an actual book? They were my children, my deepest, darkest secret, was I ready to share them with the world? After years of procrastination, I found myself between jobs. Deciding that it was now or never, I sat down to write the saga that has been brewing inside me for well over a decade.

I would love to hear from you. Please let me know which characters you hate or love, which parts you liked best, your favorite writers, books, and everything else you wish to share.

And when you find you can’t get enough of the story, sign up for the newsletter for updates and exclusive bonus material!